You are browsing with an obsolete browser. Click here and update your browser to get a better browsing experience.

Carranco was born from the meeting between Borgogno and Tornatore, a combination of history and experience, and authentic Etna roots. 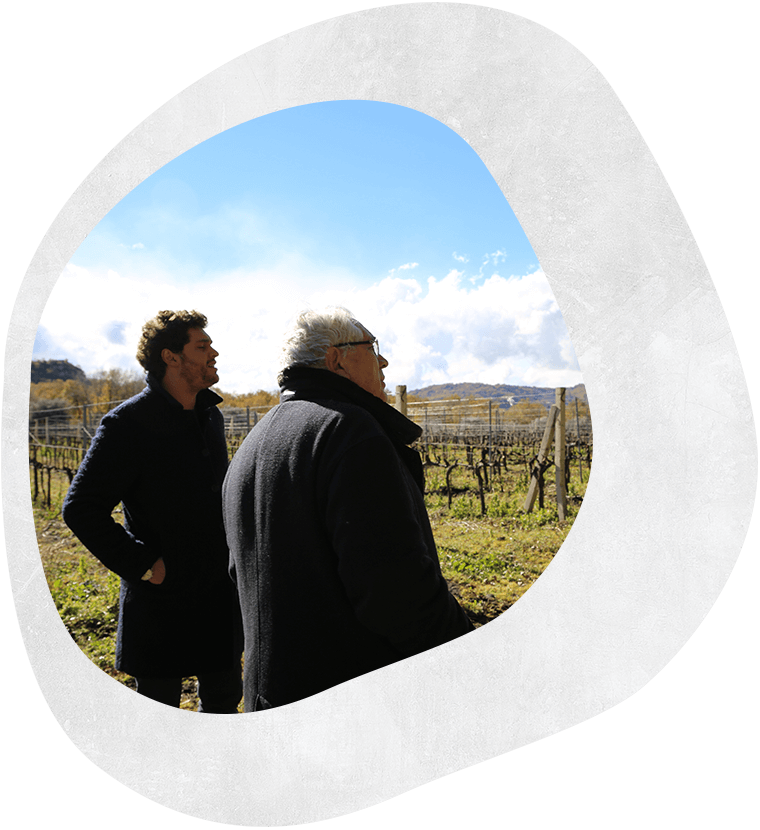 Carranco is the product of two completely different wineries, but both capable of producing great wines, pure expression of the land of origin.

Borgogno, the oldest winery in Barolo, is still one of the most important and historic producers in the Langhe and of Barolo, while Tornatore, originally from Castiglione di Sicilia, is one of the few remaining native producers on Etna.

In 2018, the desire to join forces, to tell the story and promote the characteristics of a still wild and unspoiled territory like that of Etna was born, under the name of Carranco.

When you live in the shadow of a giant, you have to keep your ears pricked and figure out in advance what your next moves are going to be.

At Contrada Carranco, the volcano, with its snowy and incandescent peaks, sets the pace. We trust it and mould the processes and phases of activity in the vineyard and the cellar around it

We owe all our fortune to the Volcano, thanks to the fertile soils rich in heavy stone that it has given us.

This is why we tend the land with respect and devotion. We grow only native grapes, the purest fruit and expression of agriculture on Etna.

This is the element that characterises our wines, through which Etna’s lava flows and in which we strive to express all the power, strength and explosiveness of every eruption.